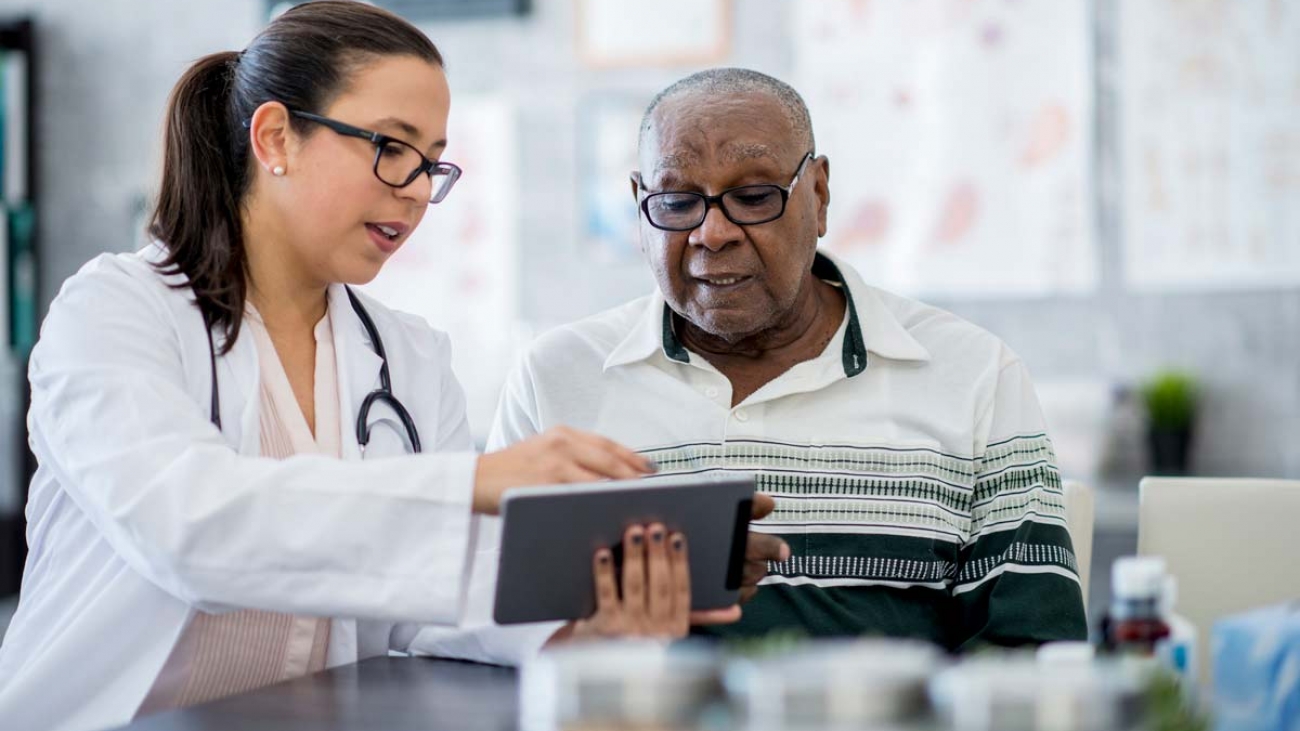 The OMMU registry has very important information that patient sometimes don’t know they have access. Find out when your last order and your 7-month recommendation expires. 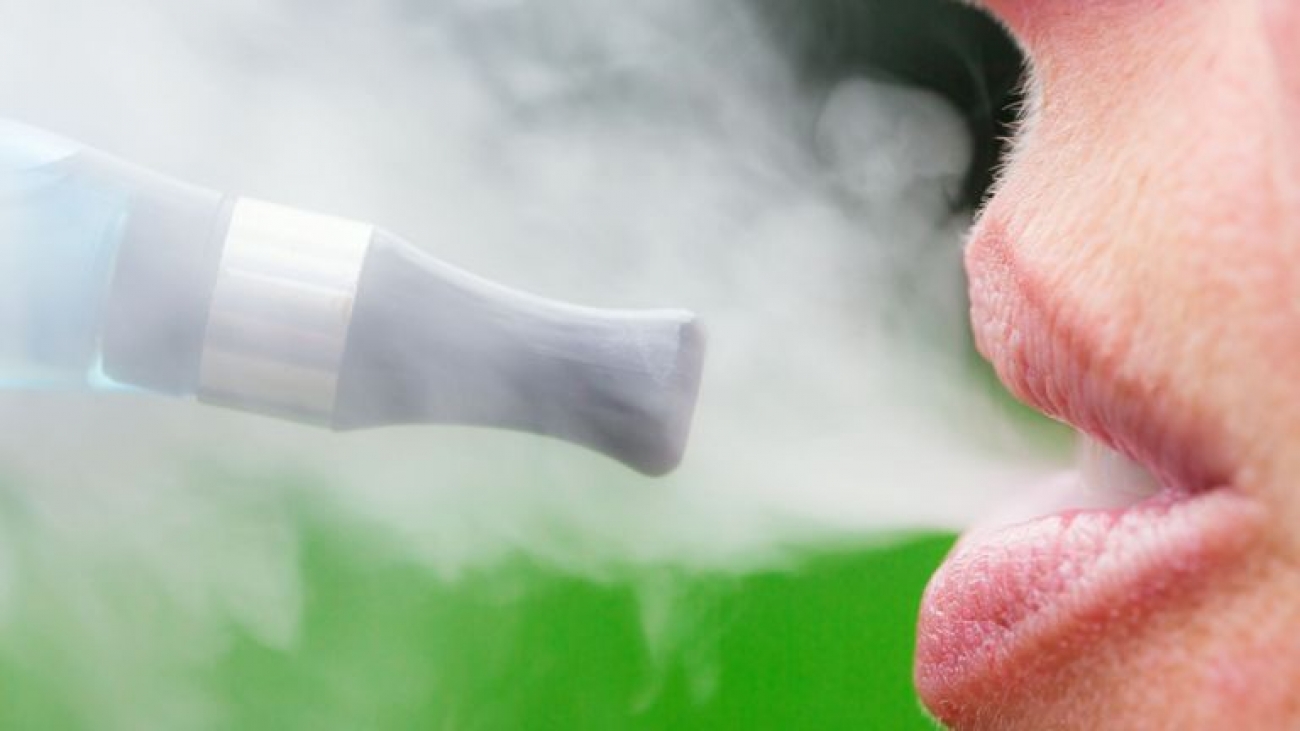 The risks of vaping whether nicotine or THC are relatively unknown since no one has vape for more than 10 years. 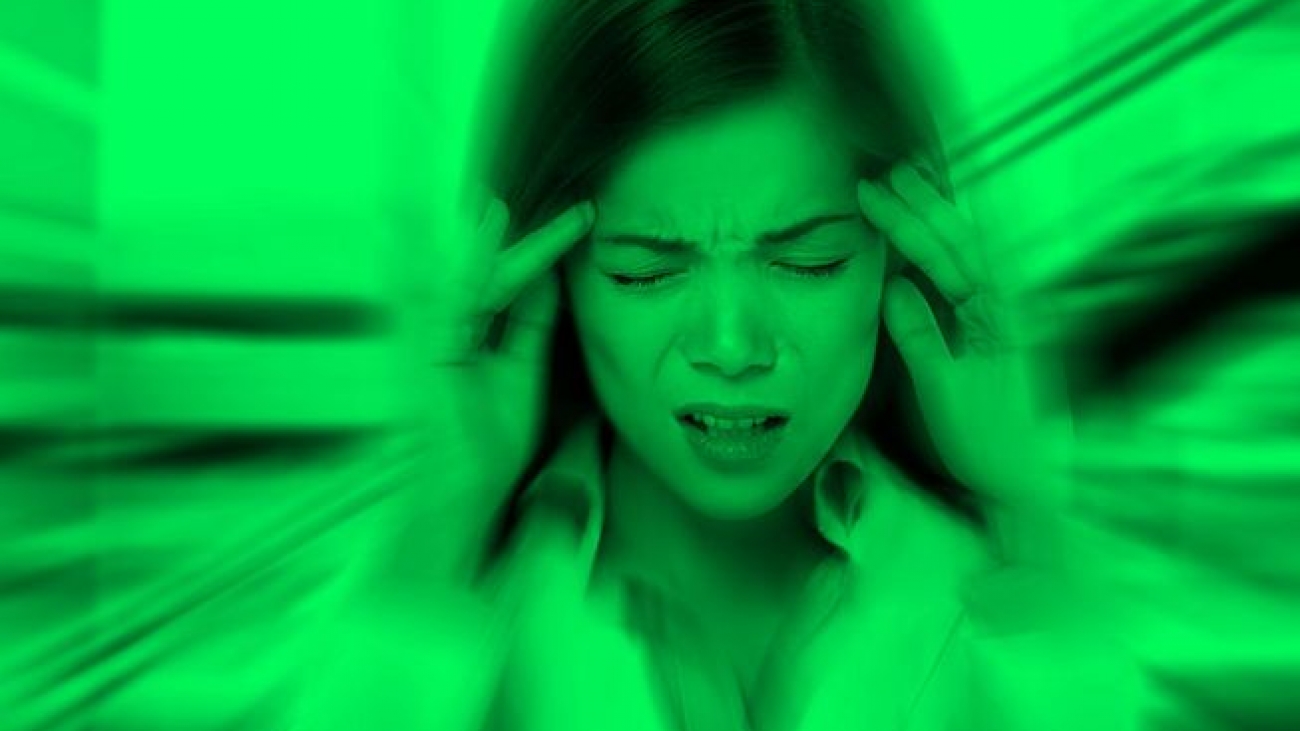 There are 2 main ways of how it treats pain, CBD works via the Anti-inflammatory route while THC works via antinociceptive and anti-hyperalgesic effects at the peripheral and central levels, as has been demonstrated in acute and chronic pain models.

The most important thing is to keep in mind that every person is different and what works for one person might not have the same efficacy on others. We recommend trying several of these suggestions and maybe even experiment with them in different forms, like topicals, oils, or even transdermal patches. Smoking and vaporizing are good ways to get the plant’s painkilling properties quickly and gives the patient the full entourage effect.

ACDC is a very effective hybrid strain with a high concentration of CBD and THC and it’s usually in every list to treat pain. Medical cannabis strains with a chemical profile high in both CBD and THC may offer a similar, uplifting pain-relief experience. 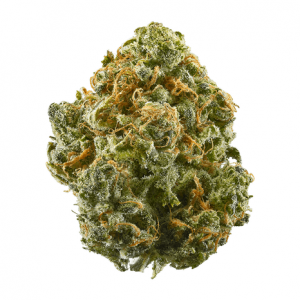 Blueberry indica and sativa Haze mixed to create a hybrid for fighting pain. Blue Dream claims to produce full-body relaxation coupled with mental alertness. As a result, it’s become popular for people looking to manage chronic pain during the day. Its sweet berry aroma doesn’t hurt its popularity either. 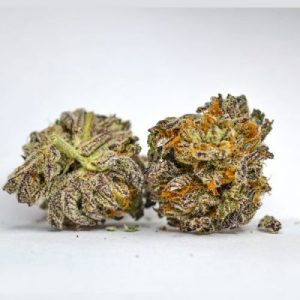 Indica strain recommended by users for bedtime use because of it’s soothing and full-bodied relaxation effect. Constant discomfort can leave you feeling tense and wound up. Blueberry Kush may be able to help. Along with potentially managing pain and treating insomnia, Blueberry Kush may be a good choice for ADHD, mood disorders, nausea, and headaches. 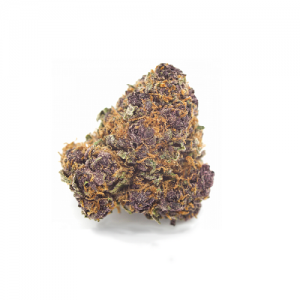 Cannatonic contains less than 6 percent THC and will not induce a psychoactive high, making it a stellar daytime choice. High in CBD and terpene, Cannatonic is considered a restorative strain. A sought-after choice for chronic pain sufferers for its smooth, therapeutic effects. 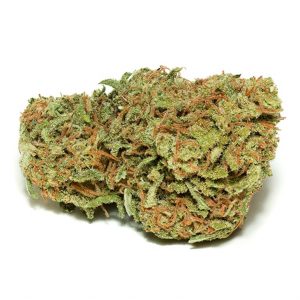 Canna-Tsu, a sativa-dominant hybrid, is a favorite due to its minimal psychoactive effects and high CBD levels. With Canna-Tsu, easing pain symptoms does not need to halt the progress of your day or come with an inconvenient “high” feeling. 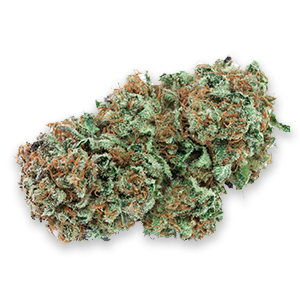 A strain users love for pain relief. Claimed to be chock-full of antioxidants and neuroprotective compounds, this multifaceted treatment option is perfect for people who don’t enjoy the heavy effects of more THC-heavy strains. A mellow and balanced daytime option, Harlequin is often used by patients with neurodegenerative diseases, arthritis pain, or a brain injury. 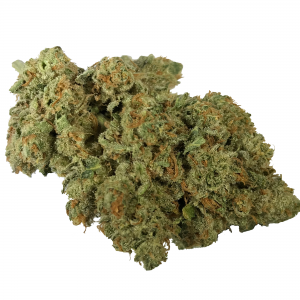 A pungent-flavoured sativa strain also known as “Sour D,” Sour Diesel is another one of the strains heavy in THC and low in CBD, making it a good daytime option.Though it is known to produce a psychoactive effect, patients state it is usually linked to an invigorating and energizing feeling and patients say it’s a great option for pain without the heavy, sedated feeling. 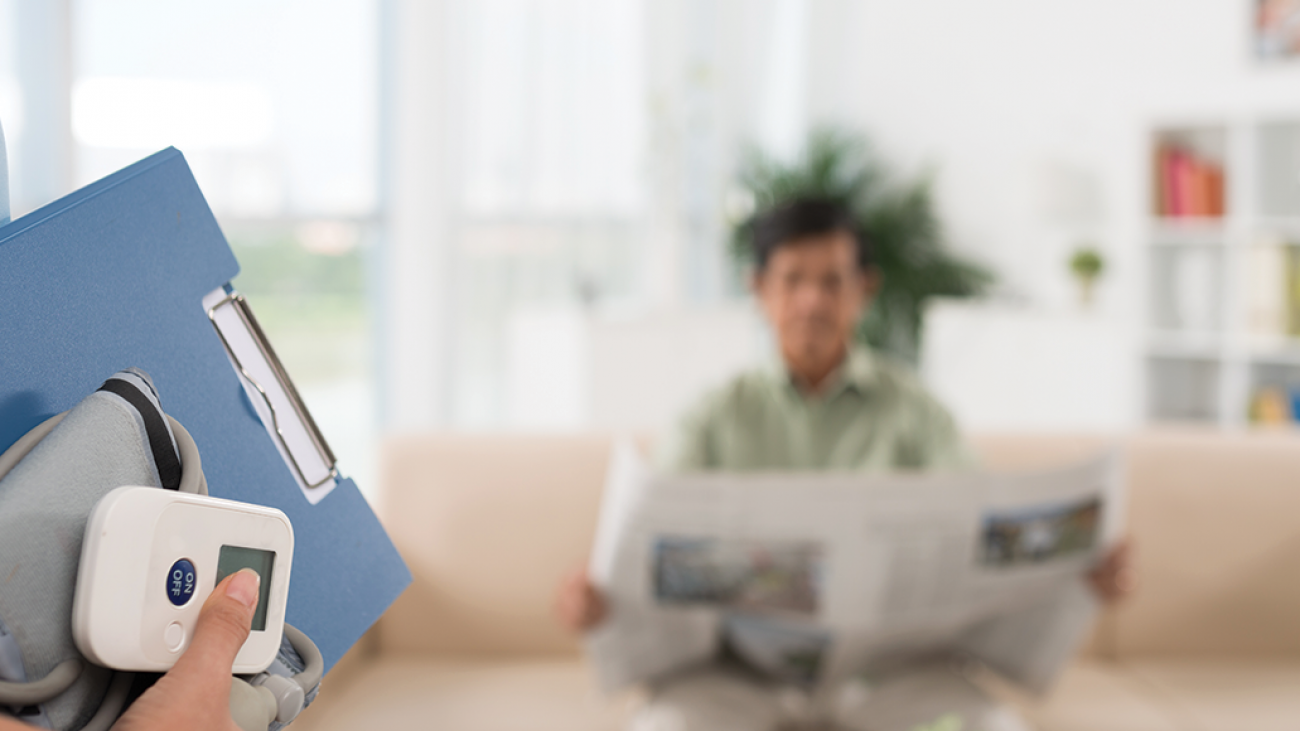 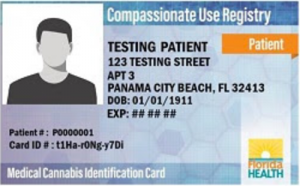 Medical Marijuana has been available as a safe treatment in Florida since Amendment 2 pass in October of 2016. Since the more than 331,300 patients have benefited from it.  To get a card you need to have a qualifying condition like cancer, epilepsy, glaucoma, HIV/AIDS, PTSD, ALS, Crohn’s disease, Parkinson’s disease, multiple sclerosis, or “other debilitating medical conditions of the same kind or class”.

Patients can receive a 70-day supply at a time x 3 equaling the 210 day certification time allowed. After that, they have to be seen again in order to get a new recommendation.

Prices typically range from $200-$300 for the initial evaluation. We come in around the same price but we offer to comfort and confidentiality of being evaluated in your home. We also don’t charge for follow-ups or per 70-day prescription like other MMJ office do. We strive in keeping it transparent for the patient.

After receiving their temporary card patients can go to any of the approved dispensaries statewide and get their medication. Patients can expect to spend around $100-$200 for their medication per month but this number really depends on the amount of milligrams the patient uses and how many times per day.

how to buy weed in Florida 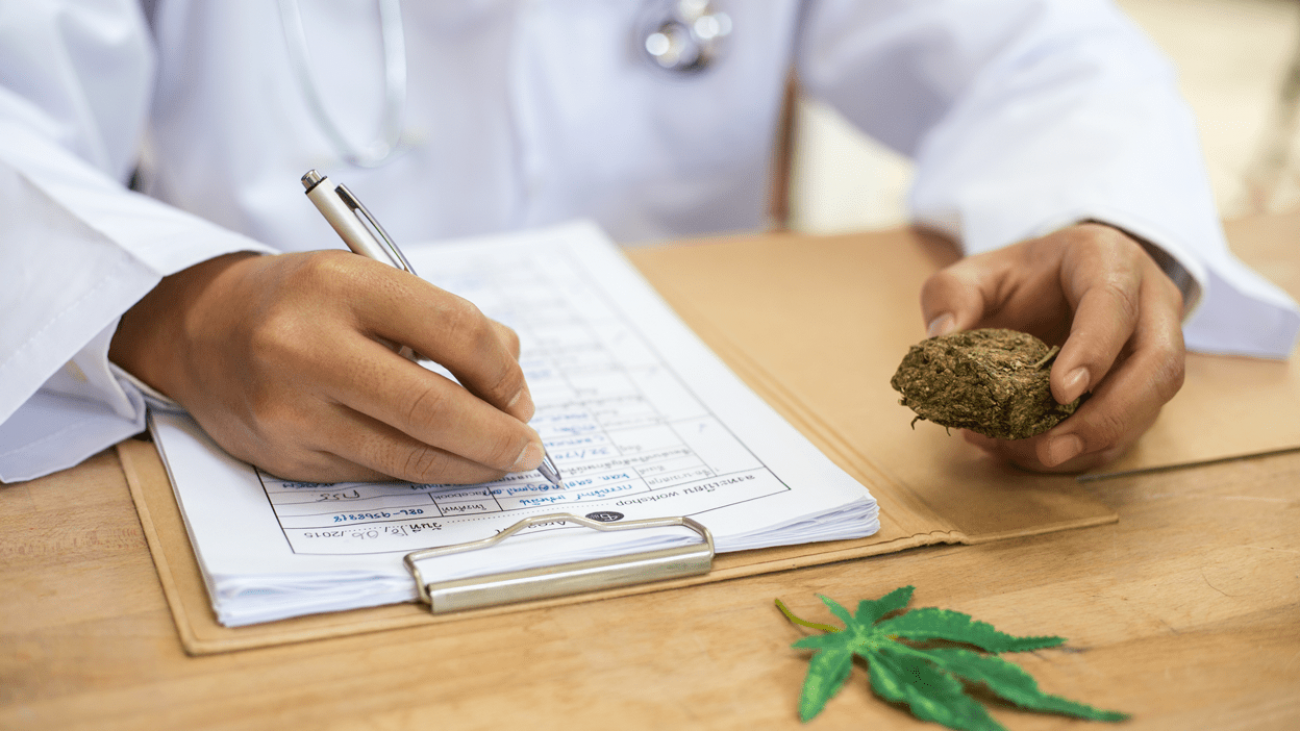 A number of distinct compounds play a role in the cannabis effects. These are called Cannabinoids. Some increase appetite, some reduce inflammation, some even show promise for fighting cancer. Of these compounds, THC (tetrahydrocannabinol) and CBD (cannabidiol) are the most known. These cannabinoids impact our sense of well-being and state of mind.

We’ve learned that endocannabinoids play a role in regulating everything from appetite and sleep to the joyful bliss of a runner’s high. They do so by modifying the release of other neurotransmitters that have a more direct impact on mood, energy and anxiety.

Endocannabinoids help maintain homeostasis” (the brain’s baseline state) via what’s known as retrograde signaling (feedback loops that travel backward through a neural circuit to reset the system.) Their regulating activity at CB1 receptors influences both excitatory and inhibitory signaling in the brain.

CB1 receptors are distributed all over the body but mostly in high numbers in areas of the brain that appraise threats and manage our fear response. Binding of endocannabinoids appears to decrease the brain’s reactivity to threat — which helps explain why many people experience the cannabinoids as anxiety-relieving.

But with regular use of cannabis, your number of CB1 receptors decreases — that is, they are down-regulated. So although the compounds in cannabis can induce a feeling of calm and well-being by binding to CB1, they leave areas of the brain less sensitive to our own natural endocannabinoids. With cessation of cannabis use, CB1 receptors begin to recover their normal numbers within days.

Here’s where it gets interesting: THC demonstrates a bi-phasic dose effect. This means that at low doses it does one thing, and at higher doses it does the opposite. This is not really news to anyone who has ever tried marijuana, as it’s common knowledge that a little makes you mellow, a little more can give you anxiety. What’s surprising is how narrow the dose window between happy and anxious – especially for the new or infrequent user. A significant proportion of patients with new-onset panic attacks report cannabis as the trigger and worry that they’ve caused lasting damage. (The answer is no, but when your brain has an intense scare it tends to revisit the experience again and again, perhaps to assess the actual threat.)

Medicating with marijuana isn’t as simple as getting any kind of Marijuana — every strain has unique effects and different routes offer different effects. But it isn’t terribly complicated as long as you do your research and consult with your doctor and dispensary. Indica is high in CBD, which is known for its ability to decrease anxiety, while Sativa has THC, which can cause anxiety. So you’ll want to find an Indica or Indica dominant hybrid that has a high amount of CBD.

University of Chicago recently published a study in which they looked at people who had used cannabis before but were not regular users.  It showed that 7.5 mg of THC induced a mild elevation of mood and sense of well-being while 12.5 mg of THC made subjects anxious. So for the infrequent cannabis user, the line between relaxation and anxiety comes down to just a few milligrams. With regular use of cannabis, this window appears to widen: regular users have less anxiety and paranoia associated with THC ingestion than infrequent users.

CBD also appears to combat the anxiety-inducing impact of THC. Depending on what kinds of signaling activity is going on, what your own endocannabinoids are up to (factors controlled by your mood and physical settings), the arrival of THC and CBD on the scene has a widely varying impact.

Take home point is that for anxiety not always more is better. Trying to find that sweet spot in which Cannabis helps calm your anxiety without overshooting the mark with a dose that makes it worst will be your job since you know your brain better than anyone. And, if you did take too much, remember that no one has died from Cannabis and no one will, also know that CBD helps counteract that feeling and make sure you drink lots of water. 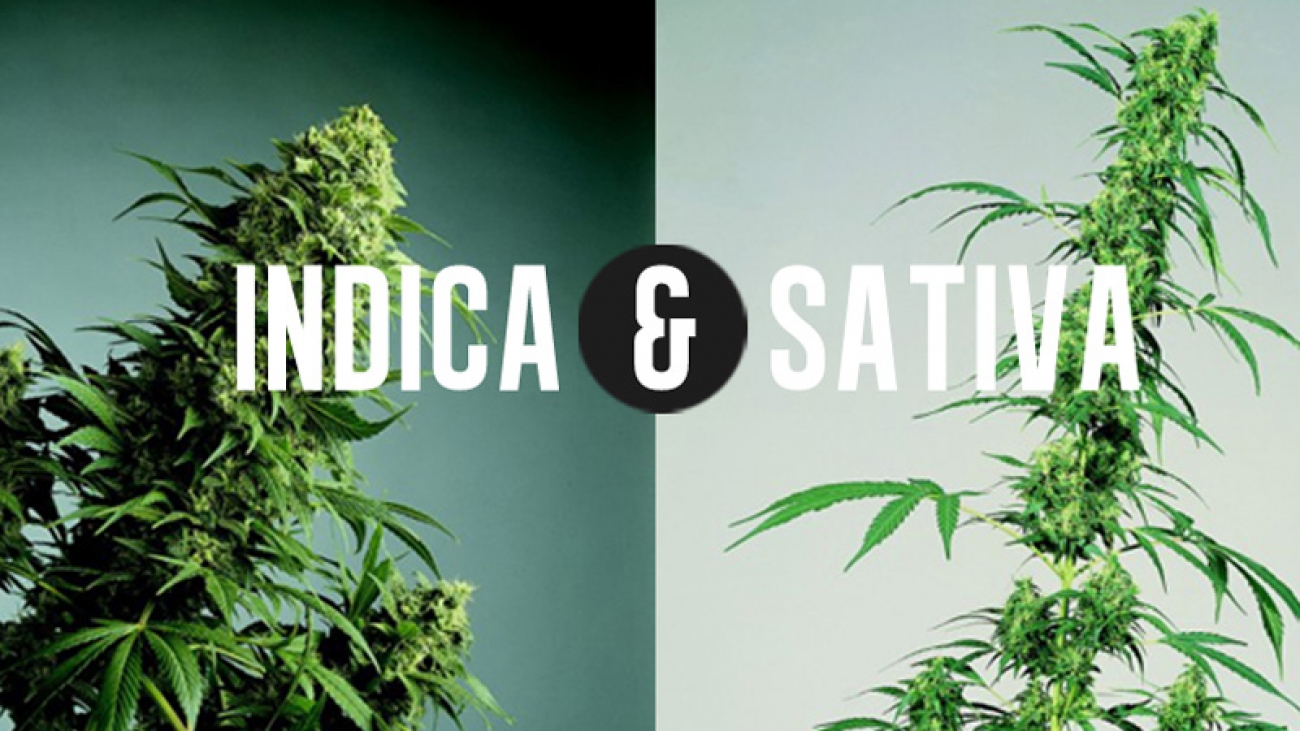 Understanding the different strains used in Medical Cannabis is really important in the patients treatment. Sativa and indica are different species of cannabis with distinct properties and experiences Sativa strains are usually uplifting and energizing while Indica strains are more relaxing and sedating. This results in distinctly different effects and experiences so its really important when choosing your medicine. Make sure to medicate with products from a strain that will result in the effects you are looking for.

Sativas strains are known for their uplifting mental effects. The invigorating, cerebral effects of the sativas make these strains ideal for social gatherings and creative pursuits like music, art and writing.

The plant tends to be tall and gangly, with skinnier leaves. Originating in the warm and sunny climates of Southeast Asia, Central America, and Mexico, these plants are sun-worshippers. They regularly grow between 8 and 12 feet tall, but in optimal conditions outdoors, 18-foot monsters are not unheard of.

Sativa is the Red Bull of marijuana, with an energetic, stimulating, and uplifting effect. It makes sativa strains the best choice for battling depression and fatigue or day time pain relief. Be careful not to use a sativa dominant strain at night because it’s likely to keep your mind racing.

Indicas are known for more of a body high. Some people use the mnemonic, “in da couch,” referring to the well-known body high of strong indica strains that make a person want to sink into their couch. Indicas are good for relaxing with a movie or music in the evening as a way to relax after a long day’s work or as a relaxing interlude before bed.

Trees tend to be short, squat, and bushy. The leaves are plump and the foliage is dense. Indica plants are also excellent producers of hash because the have been bred that way, as hashish is the preferred method of cannabis consumption in much of the area from which they sprang.

Over time growers have produced a lot of new strains, known as hybrids, by cross breeding indica and sativa species together. They are usually described as indica-dominant, sativa-dominant, or pure hybrid (50/50). You can expect an indica dominant strain to have the typical indica effects and vice versa, but each may also have some qualities of the other.